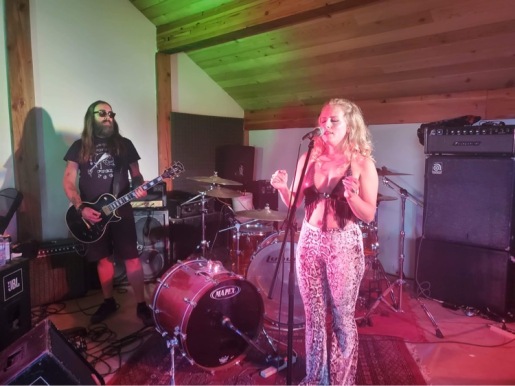 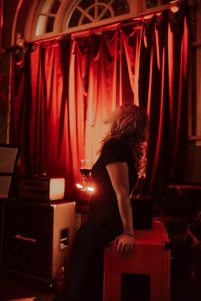 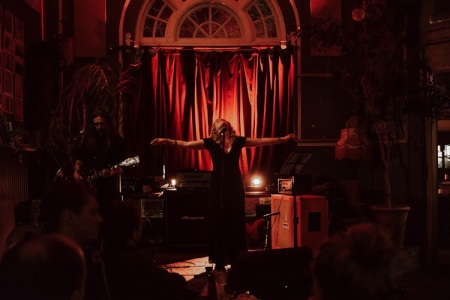 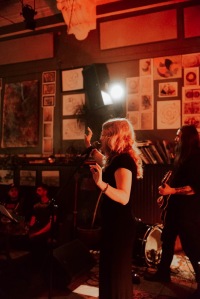 February 24, 2020
A series of photographs from The Vault, Nanaimo performance shot by Dirk Heydemann 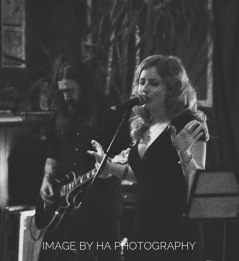 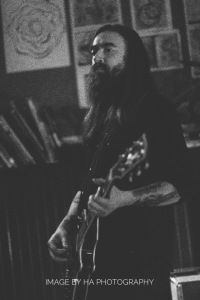 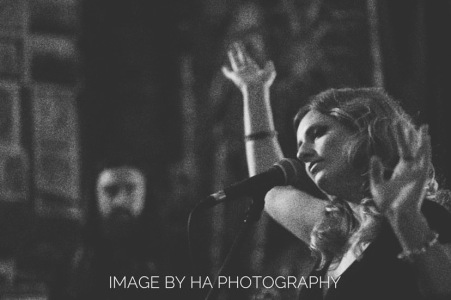 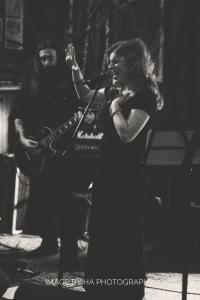 April 16, 2019
Braaaap! Ladies, start your engines! Snakes of Satan will be performing at the International Lady Rider Day after-party, Saturday, May 4th in Victoria, BC! Show starts at 7:00pm

September 19, 2018
Tara is excited to be joining doom/metal group Snakes of Satan at Saskatoon’s Rock Against Racism fundraiser September 28th! Get your tickets in advance or at the door.

May 20, 2017
A special performance on the bank of the North Saskatchewan River. Tara and guest Dallas Kruszelnicki perform the music of 11th century Latin composer Hildegard von Bingen. 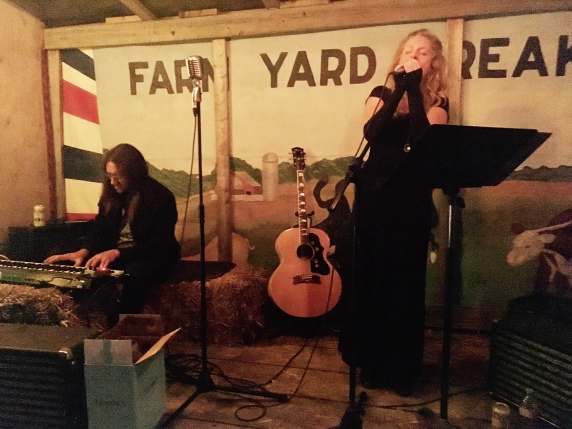 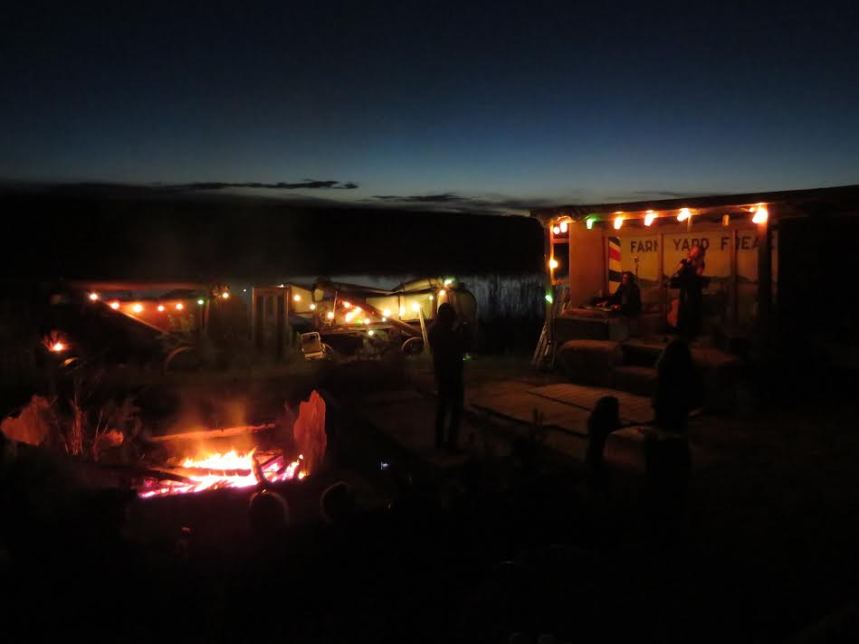 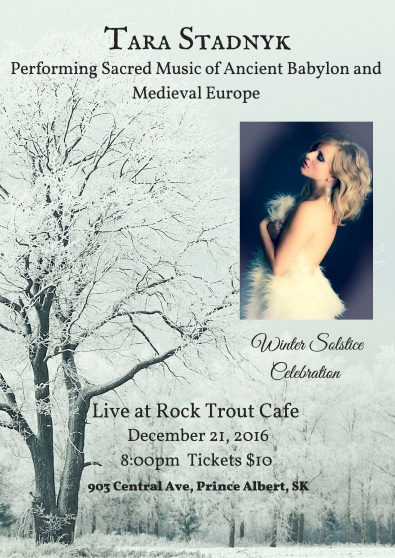 November 11, 2016
Tara will be joined by Indian Tabla player Nakul Aloni to share in an evening of music and history. Get your tickets in advance at Wholelife Wellness in Meadow Lake, Saskatchewan.

July 26, 2016
It’s summer and what better time of year to take in live music and theatre? In July and August, Tara will perform at Saskatoon’s favourite Shakespearean event, the Shakespeare on the Saskatchewan festival! See tour dates for a list of plays to catch with opening music by Tara

April 8, 2016
Mother’s Day show added at Buds on Broadway, Sunday May 8th! Bring your mamas out for some soul and jazzy blues (and maybe even a drink or two!) 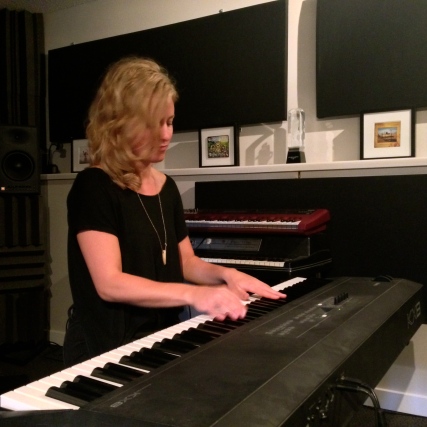 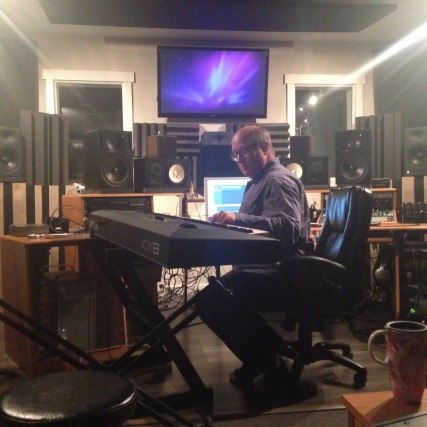 August 10, 2015
A warm and sincere thank you to all the fans, friends, and family who came out to support live theatre at this year’s Saskatoon Fringe Festival. “The Generals Take Our Defence Minister Shopping” was an exciting, challenging, awe-inspiring, and immensely rewarding experience that I will never forget. I am so grateful to have worked with such a talented cast and crew who worked together to bring Michael Murphy’s intelligent, informative, and very funny script to stage for the first time! What a show!
Tara x 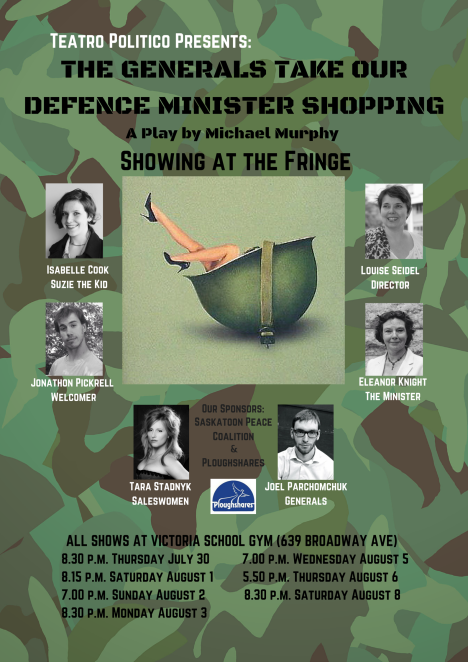 May 4, 2015
Added to the list of shows Tara is playing this summer is the Northern Lights Bluegrass & Old Tyme Festival happening August 14-16 at Ness Creek, Saskatchewan! Make sure to check out the tour page for all upcoming dates.

April 17, 2015
Looking forward to the vintage blues, folk, and jazz sounds happening at The Underground Cafe May 2! 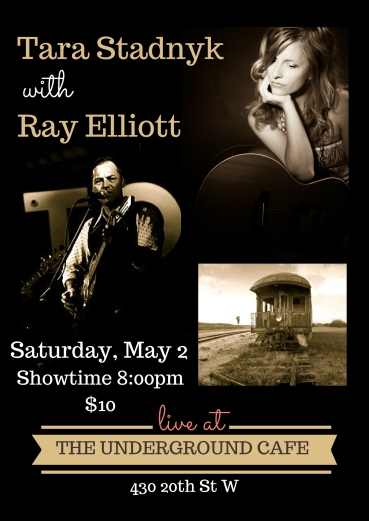 March 26, 2015
“This above all: to thine own self be true” – Hamlet
Exciting news folks! Tara will be performing at the opening night of this year’s Shakespeare on the Saskatchewan Festival following the first showing of Much Ado About Nothing on July 10th. Food, beverages, riverbank views, and much frivolity to be expected!

February 24, 2015
There is much work happening behind the scenes as of late. Spring & summer tour dates are in the works. Keep checking back for upcoming shows in your city!

August 15, 2014
Tara is once again returning to the stage at Flowers by Fred, Saskatoon for Crystal Weekend taking place October 17-19! The performance will be held on Saturday the 18th at 3:00pm. 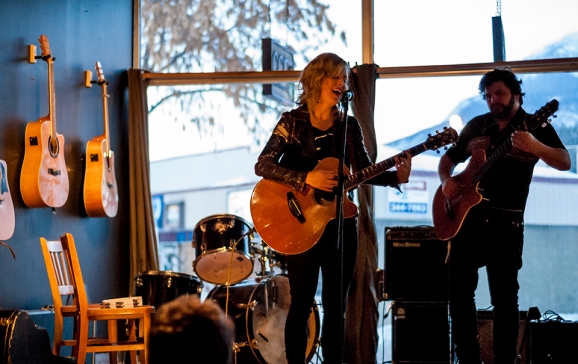 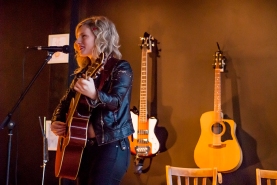 January 11, 2014
HALIFAX TOUR kicking off next week at Potter Hall, Dalhousie University on Thursday, January 16 at 7:00pm. Tara is thrilled to be sharing the stage once again with guitarist, Jason Eastwood. 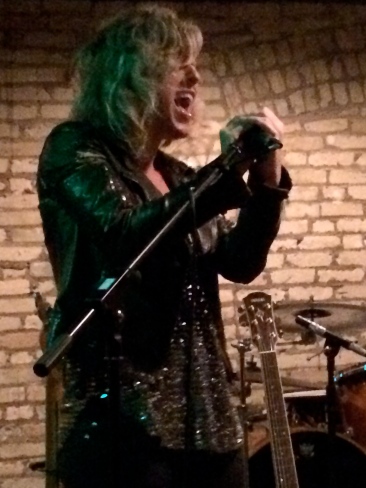 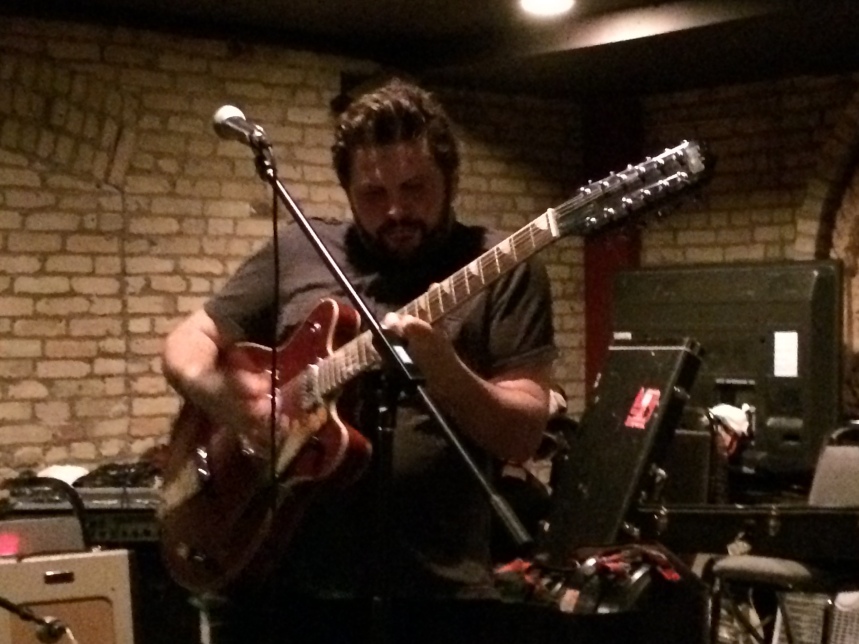 January 1, 2014
Happy New Year to you and yours! I want to send out a huge THANK YOU to fans, friends, and family for supporting me over the years. The path hasn’t always been easy, but I can say with all my heart that sharing the gift of music brings me more joy than anything I know. I look forward to another year of writing, jamming, recording, and enjoying the stage with passionate musicians and loving listeners.

September 12, 2013
Happy Birthday Tara!
And what better way to start her 26th year than recording a couple of tunes?! Tara’s newest raw and stripped-down solo acoustic songs produced by Jamie Peever (Saskatoon) and Troy Denet (Saskatoon) will be released this October.

The Angry Taco serves up mad talent on Monday nights

Herald photo by Ian Cowie.
Tara Stadnyk singing sweet melodies as the sun sets over Waskesiu Lake on Sunday night. Stadnyk is hosting an open-stage every Monday at 7 p.m. at The Angry Taco in Waskesiu all summer long.
For the full article, click here: Angry Taco Article
July 2013

Time to spice up your summer with some live music and spoken word at Waskesiu Lake! All summer long, Tara will be hosting Open Mic at The Angry Taco pub every Monday night at 7:00pm. Bring your instrument, voice, poetry, or just come relax and enjoy some live entertainment in Saskatchewan’s hottest lakefront pub, The Angry Taco!

No upcoming shows at this time